Dr. Barnett has a general family practice that ranges in age from newborn to 95 years young. His practice emphasis is also on the active individual, routinely working with recreational and elite athletes in a variety of sport disciplines.

He believes in an integrative and holistic approach to health to not only address your injury complaints, but also to determine the underlying causes of dysfunction in the body to help prevent future injury, improve quality of life, and maximize performance. 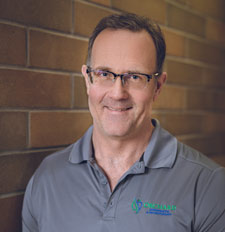 Dr. Bortolon’s lifelong exposure to chiropractic care made his career decision an easy one.

He enjoys helping the body do what it is meant to do and sharing the knowledge that health comes from within.

With a deep faith that chiropractic care transforms lives, Dr. Bortolon attended Parker College of Chiropractic where he took great pleasure in learning a variety of chiropractic techniques.

Dr. Morneau is originally from Corner Brook, Newfoundland, where he grew up as an active member of his community through his involvement with the Canadian Cadet Organization as both a cadet in his younger years and later as an officer in the Canadian Forces. Dr. Morneau enjoys staying active by participating in a wide variety of sports including hockey, curling, snowboarding, biking and rugby where he most recently finished competing in the Midwest Premiership for his alma mater Palmer College.

Rory grew up in Prince George, BC and has lived in the Okanagan since 1995. He has been a Registered Massage Therapist (RMT) since 1997.

Bryan graduated from the Registered Massage Therapy program through Vancouver Career College in 2018. He is passionate about helping those in pain from various chronic conditions and helping them find a way back to a pain free way of life. Reasons why you may want to see Bryan include; TMJ issues, rotator cuff pain, relaxation and chronic pain conditions.

Brianne’s first experience with massage therapy occurred while she was in school for kinesiology on an athletic scholarship in the U.S.A. Initially, she was in the habit of getting a quick massage to warm up before events and saw great results from this. As time went on she noticed more and more of her fellow athletes getting massage after events as well.

Marcia received her degree at the University of Alberta in Edmonton in 1996, and in 2001 she returned to the U of A to complete her certification in Medical Acupuncture. Marcia has had a varied career in Physiotherapy but her main focus has always been treating injuries in athletes both competitive and recreational. 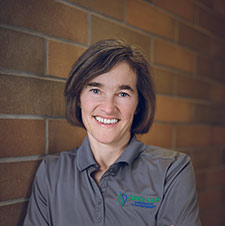 Originally from Yarmouth, NS, Annick graduated from Dalhousie University in 1987 and worked at the NS Rehabilitation Centre in Halifax for 10 years, serving as the Supervisor of Orthapedics, and the Director of Physiotherapy for her last two years.

After growing up in Kelowna, Marina attended and received her first degree from the University of Guelph. Having personally suffered major injuries in the past through sports, she knew she wanted to help other people who had also suffered injuries. She then attended the University of Winnipeg, where she completed her Athletic Therapy certification.